The Moon colony is a domelike structure on the moon's surface. It was constructed in the Mare Tranquillitatis, one of the lunar plains on the near side of the Moon. It gets it's name from this lunar plain.  It's construction and conception was the idea that, in the event of an atomic war, it would be left untouched. A haven, far away from the troubles of the world, where humanity could start over if it came down to it, and forever a beacon of humanity's greatest achievements. It is composed of different regions and areas, all of which interact so that the colony can be a self-sufficient society. It is lead by Governor Byer.

The Sea of Tranquility is broken up into two regions: the City and the Forest. The Forest is left untouched as it provides oxygen for the entirety of the colony and it's ecosystem can not be in anyway endangered or the consequences could be grave. The lakes are also left relatively untouched, although swimming is allowed and row

boats cross the lake to make quick journeys around the City's outskirts. The City is where the entire population of the colony lives. It is highly futuristic, reminiscent of The Institute. The futuristic, sterile architecture is overshadowed by a massive tower that is at the direct center of the Colony. This Tower is several stories tall, many times the size of even the second tallest building in the Colony. It is the direct access to the Dome's surface, and also houses all governing facilities: mission control, a policing station, a hospital, bureaucratic offices, etc. It also houses the City's elite, such as the governor, doctors, police commissioner and their families. The city itself is populated by the Colony's civilians and private professionals, such as shop keepers, bakers, electricians, groundskeepers, or lawyers. Many of the city's civilians, however, don spacesuits and work outside at hydrogen mines. There, the gas is frozen in solid form, and these miners harvest it for use in powering the city. It is only supplemental, as the city could survive on only it's solar panels, but they are paid well by the Elite for this task. Regardless of pay, it is extremely dangerous, and only to be undertaken by the out of luck. The Elite of the city, as stated, all live in the tower and manage the colony's life, while the less fortunate toil down below. However, no one questions their place. Most just consider themselves lucky to be separated from the hardship and terror that their past lives once presented them. In the Sea of Tranquility, there is no crime or reason to fear. One's future is secured. 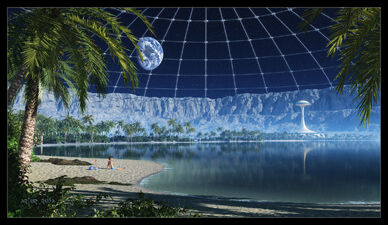 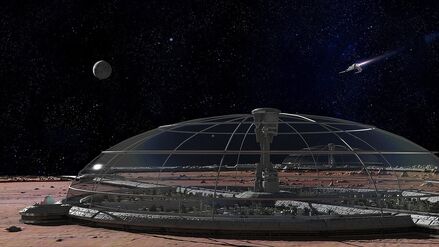 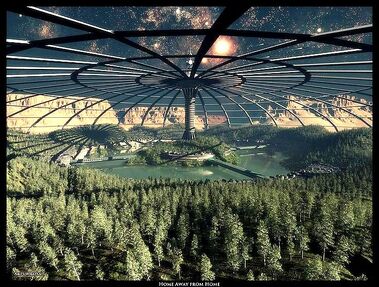