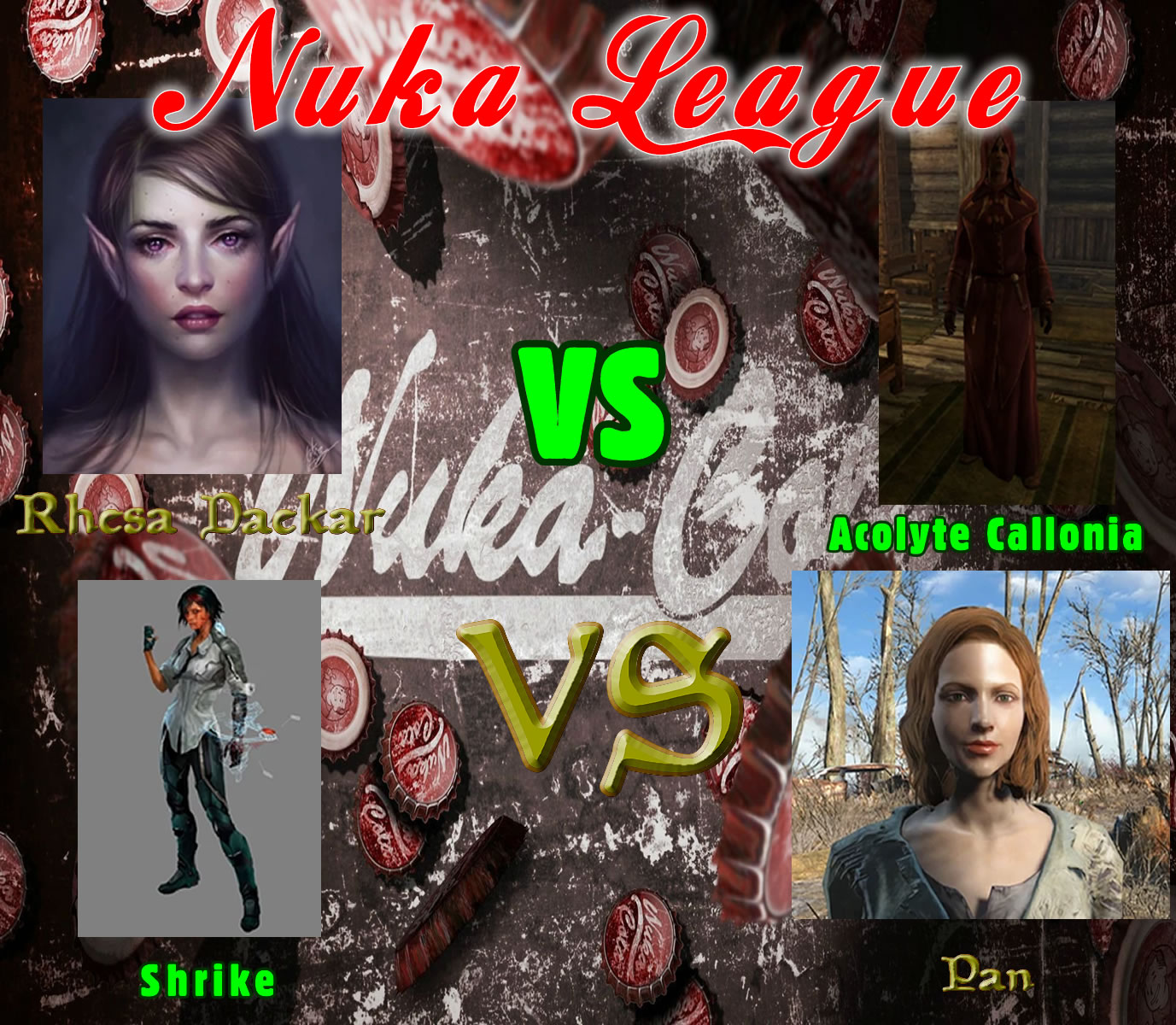 We present to you our final league, the sweet nuka league!

Like the soft drink, nuka cola, it is delicious and it'll do some weird stuff to your piss.

An underelf noblewoman from the Topal City, who later went on to rule over Hammerfell. It would seem that her tongue was sharper than her blade but given her family's propensity for adventuring, I'm sure it'll come back to her.

Her opponent is Acoyte Callonia, a Mythic Dawn agent, who previously operated from within House Redoran. Her last attempt at ending a life was on Master Hlormaren Redoran and she managed to bugger that up, hopefully Rhesa, a barely armed, hardly trained noble woman will prove a little easier.

Which of these two ladies will advance to the Nuka finals? Why're you asking me?

It is a rarity for arena goers in this universe to see two Goddesses go at it but such a chance is happening today.

We have Shrike, a very tough and infamous killer, who has a vendetta against Miller's Coalition, for the death of her brother. Outcast as a teenager for killing a child. She was trained in the military and was recruited as an assassin by Agent Miller.

Her cybernetic implants allow her to regenerate at will, making it almost impossible to perminentely keep her down. She was even able to take out a Courser, with very little difficulty.

Her opponent, Pan is a mad woman, who believes herself to be Peter Pan and that her life story is basically the story of Peter Pan... oh, good... here I thought it was just that accursed lizard who found these whack-jobs.

Pan is a well armed, well versed in combat nut job, who has actually saved the world from an insane AI.Well, as far as a meeting of the minds go, I would say these two are evenly matched.

Retrieved from "https://fallout-gravel-pit.fandom.com/wiki/User_blog:Psychomantis108/The_Golden_Ashyam_Tournament_2019_Nuka_League?oldid=59496"
Community content is available under CC-BY-SA unless otherwise noted.