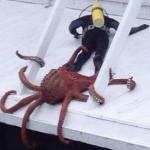 Leave a message below if you have any questions, or something like that. Shille Shine the Batsignal 21:57, December 8, 2015 (UTC)

Hello! I'm Pie, and I'm new here. I would like to ask you if I could create an article about the Post-War state of Illinois. I'm asking this question just in case somebody else had that idea in mind and wanted to create it, with me being ahead of them and ruining it for them.

Hello SkyrimsShillelagh, I'm CaptainCain an admin on another Fallout fanon wiki anyway, one of our users found your wiki and we're interested in linking this wiki as part of our list of alternatives/affiliates. If this is okay with you we would like to go ahead with this, and in return all that we ask is that you link our wiki as well. CaptainCain (talk) 11:34, July 18, 2016 (UTC)

Hey Shille. Thanks for following along with my pages (and thanks for adding the category on my last one, it was late last night when I finished up and I forgot lol) and I'm happy to hear you like them! Four Fathers is a favorite of mine too. It's really only in there as backstory for the Elder and her super mutant bodyguard when I get around to writing those pages, but the tribals worshipping Mt. Rushmore is one of my favorite groups I've come up with so I made sure I added a page for em :D

Well I started coming up with the lore a few years back. I'd get ideas while playing FO:4 and NV or hanging out on the wiki and I'd jot em down in a notebook or write a story in Notepad. I want to turn it all into a mod one day, something along the lines of Fallout: Cascadia. When I found the Gravel Pit, I thought it'd be a good way to organize all my random notes. I've kinda been emulating the Fallout wiki and some of the stuff I've seen you guys do around here (I want to get a timeline going soon). I didn't think of writing stories, but I like the idea! That'd be a good way to tell some of the major events. JesusKong333 (talk) 07:38, June 28, 2019 (UTC)

Actually I just posted one I'd been toying with the last couple weeks. It's still a little rough and I think it needs some touch-ups but if you check it out, let me know what you think :D

Hey Shille :D I popped over to your RP to see what is was all about. I saw you had a Hell, I'm guessing Helena. Idk if I inspired you or if you had that planned, either way that's awesome :D I'm good with locations, I think better in that area than others, so if you guys ever need help world building or anything like that, let me know! You guys have been pretty cool about offering me help when I need it so any way I can repay the favor :D Also, how did you make your awesome map for Montana? And how long have you guys been RPing? I see you're up to chapter 18 or 19 on this one and I've seen you've got other stories besides your Legends of the Wastes.

Oh I see, everyone has their own regions they've designed but you've got em combined now because Shrike is after all the "Legends" across the wastelands. Kinda like the Infinity War of Fallout. I really like Shrike as a villain btw. Did you guys make the character drawing and theme music for her too? And I'll have to try that for making a map. I started one a while back using Paint but my image was an actual bing map and all the existing city names and streets made it look way too busy. JesusKong333 (talk) 21:31, September 12, 2019 (UTC)

That's a cool idea to do an "Infinity War", and Shrike is definitely Thanos-equivalent with the body count she's racking up. I found a cool map I think I'm going to use. Was your legend part of the map at all or did you make it from scratch? Also, I've been doing work on the group I call "Heroes of Legend", I've got their endgame figured out so I've been knocking out some pages for em. Do you have any ideas on a better name for em though? I describe em a little bit on my Motor City Wasteland page. Basically they're LARPers lol. They'll probably have a wizard, a warrior, common RP tropes like that and they go on epic quests. I need a good name though before I can write the page for em, because you can't change the names of pages, can you? JesusKong333 (talk) 18:52, September 25, 2019 (UTC)

Hey you said Seattle is your territory right? Does that mean Timothy Ashford is one of your guys? And by extension Roger Ashford? I've been doing some Canadian Resistance stuff and back when I started I checked y'alls stuff because I didn't want to be too similar. I've got a character, Marquette, the benefactor of my Canadian Resistance cell. Back when I designed him, I wanted his sole quality to be mysterious, with rumors if really he's a rich Canadian, Chinese agent, or American. One possibility I never considered was a British agent and it makes sense about the UK retaliating. Honestly, the idea is cool as hell. Do you mind if that's Marquette's backstory too? I don't want to use Roger but his page mentions other SIS agents sent to infiltrate the Canadian Resistance.

Retrieved from "https://fallout-gravel-pit.fandom.com/wiki/User_talk:SkyrimsShillelagh?oldid=71039"
Community content is available under CC-BY-SA unless otherwise noted.